A six-week protocol for TMS is already approved by the FDA for the treatment of depression. However, a recent study at Stanford University, entitled Stanford Accelerated Intelligent Neuromodulation Therapy for Treatment-Resistant Depression (SAINT-TRD) demonstrated that when TMS was delivered in a more intensive schedule and accelerated pace, it provided remission from depression in 90% of patients in as little as 3 to 5 days. These results were published online April 7, 2020 in the American Journal of Psychiatry. A follow-up study published on October 29, 2021 in the American Journal of Psychiatry entitled Stanford Neuromodulation Therapy (SNT): A Double-Blind Randomized Controlled Trial confirmed these results, and renamed the procedure from SAINT to SNT. 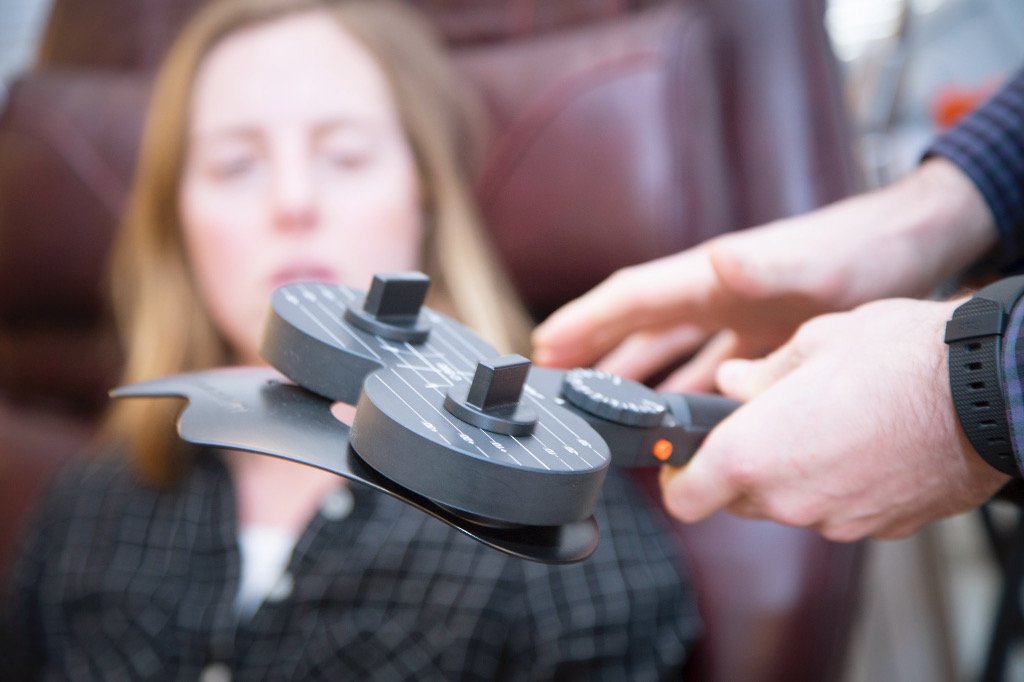 In the Stanford study, patients underwent 10 sessions per day of 10-minute treatments, with 50-minute breaks between treatments. Each treatment was a modified version of “Theta Burst” TMS, which requires specialized equipment to deliver. After a day of therapy, one study participant’s mood score indicated she was no longer depressed, while it took up to five days for other participants. On average, three days of the therapy were enough for participants to experience relief from depression. The follow-up study showed virtually identical results to the original study.

How Safe is Accelerated TMS Therapy?

The only side effects of this new, rapid TMS approach were fatigue and some discomfort during treatment.

Of particular note: In order to test safety, the researchers evaluated the participants’ cognitive function before and after treatment. They found no negative side effects. Instead, they discovered that the participants’ ability to switch between mental tasks and to solve problems had improved — a typical outcome for people who are no longer depressed. And one month after the therapy, 60% of participants were still in remission from depression.

Our Approach to Accelerated TMS

At Cambridge Biotherapies we are able to treat patients using precisely the same parameters used in the Stanford study. The only difference in our approach is that we use an effective office-based method of finding the treatment location, called direct brain mapping, rather than a combination of MRI and computer modeling, as was used in the original studies.

We have been treating patients using Accelerated TMS at Cambridge Biotherapies, and our experience to date has led us to feel optimistic that this new treatment approach represents a paradigm shift in TMS therapy.

The area of the brain that we target with TMS to treat depression is called the left dorsolateral prefrontal cortex (LDLPFC). This area is relatively underactive in patients with depression, and when we re-activate this region using TMS, the symptoms of depression often remit.

There are two common methods of locating the LDLPFC: the 5.5 cm rule, and the F3 method.

Using the 5.5 cm rule, the clinician first places a paddle (referred to as a “coil”) that delivers single pulses of magnetic energy over the area of the patient’s head that roughly corresponds to the motor cortex, which is the part of the brain that controls all voluntary movement. By delivering individual pulses, the clinician isolates the location within the motor cortex that most reliably elicits movement from the contralateral (opposite) thumb. The treatment area is then marked 5.5 cm anterior to this spot.

The F3 method is based on the 10-20 system, which is a system used to locate spots for the placement of EEG (electroencephalography) leads. In the 10-20 system, the location referred to as F3 in correlates to the LDLPFC. Using the F3 method, three measurements of the patient’s head are taken, and then a computer program is used to calculate corresponding measurements that allow the clinician to locate F3.

Each participant in the SNT studies underwent two forms of MRI prior to treatment: structural MRI, which produces a static image of the brain, and resting-state fMRI, which measures the small changes in blood flow that occur with brain activity. The precise region within the LDLPFC that is most functionally correlated with depression was located for each individual patient using these MRI images in combination with computer modeling, and treatment was directed to this area. 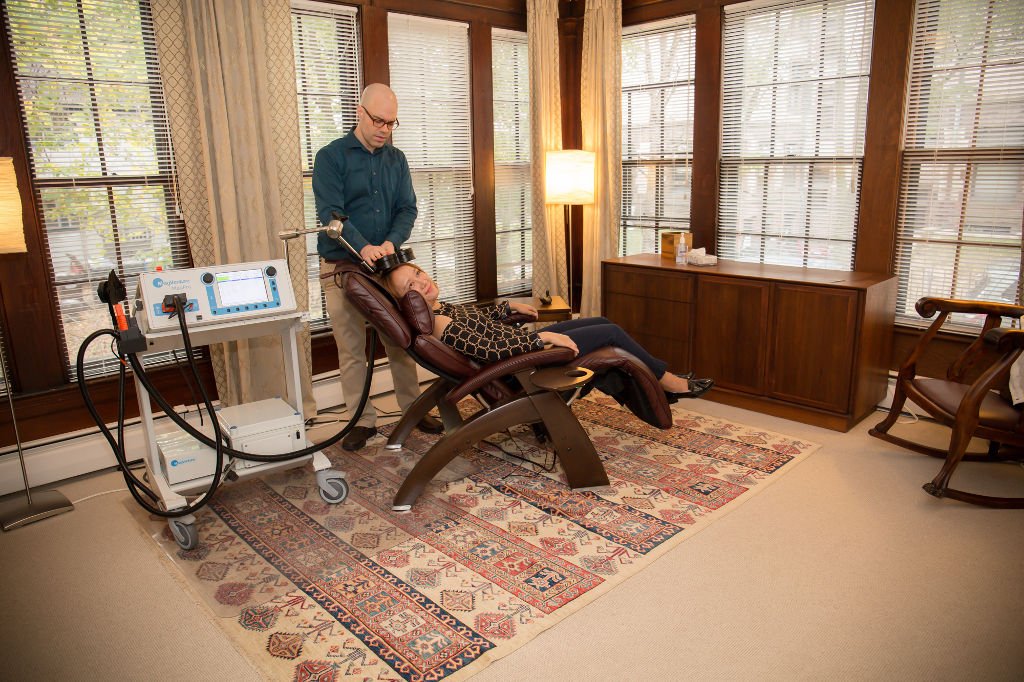 Putting it All Together

On close examination of the SNT research, it becomes clear that the treatment areas located using MRI and computer modeling were, on average, approximately 1 cm lateral to the F3 location. By locating the spot 1 cm lateral to F3 and using a coil that stimulates a large enough area we can therefore target the location that correlates to the average location of all patients in the SNT studies whose treatment target areas were located using the combination of MRI and computer modeling.

Given that SNT (or SAINT) relies in part on Stanford’s proprietary computer modeling and in part on MRI, we have named what we offer at Cambridge Biotherapies “Accelerated TMS” rather than SNT. However, given that (1) our targeting method closely replicates the SNT method, and (2) we are able to deliver the exact same high-dose iTBS (intermittent theta burst) protocol that was used in the SNT studies, we have found that Accelerated TMS can offer results similar, if not identical to, SNT. To date, our clinical experience supports this assertion. However, much more research is needed to tease out which of many factors in the SNT research contributes most robustly to the efficacy of this treatment.